The news that the Austrian writer, Peter Handke, won the Nobel Prize in Literature has sparked numerous reactions on social networks and in the media worldwide 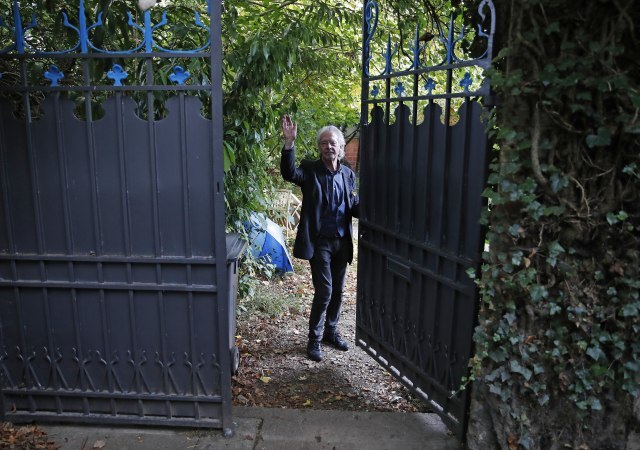 The news particularly angered Albanians, who say he is "known for his firm stance opposing NATO bombing, which brought "freedom to Kosovo." Similar reactions are coming from the USA.

Pristina's Gazeta Express reported that Handke is known for his liasons with the Serbs. This paper also recalls that Handke had visited Kosovo several years ago, and on that occasion, he allegedly donated EUR 50.000 to the Serbs from Velika Hoca for the construction of swimming pool.

Social networks such as Facebook and Twitter were flooded with several hundreds of comments on this issue, in which cultural figures from around the world congratulate Handke on this recognition.

There are those, however, who claim that Handke's name is closely related to his public advocacy on behalf of the defence of Slobodan Milosevic, former President of Federal Republic of Yugoslavia and Serbia.

They also recall his speaking at Milosevic's funeral in Pozarevac, in front of his supporters gathered for burial.

Some recall that Handke was proclaimed honorable citizen of Belgrade in 2015, as well as becoming an international member of Serbian Academy of Science and Arts in 2012.

Albanian Vlora Citaku published the same message on Twitter and Facebook, considering that something "is very wrong with the world today".

UN Ambassador to Kosovo quoted one of Handke's statements: “Sometimes I would like to be a Serbian Orthodox monk fighting for Serbia", adding:

"In the world full of brilliant writers, Nobel's Committee decided to award #PeterHandke this year’s price for literature. Genocide deniers &#Milosevic apologists should not be celebrated!", Citaku concluded.

BTW stories like “Noble Prize for literature steers up criticism in the #Balkans” show what is wrong with the world today.

I would just as outraged if an antisemite or ISIS apologist would be an awardee.

The problem is that genocide and rape have been reduced to controversy.

Dear @KenRoth what a dark day it is for anyone who cares about human rights, victims and advocates alike. A genocide denier and a #Milošević supporter just got awarded the #Noble price for literature. What is next? Assad wins #Noble for peace? Have we become so numb?!

Never thought would feel to vomit because of a @NobelPrize but shamelessnes is becoming the normal part of the world we live🤮After disgraceful choice made from a moral authority like the Nobel Academy shame is sealed as a new value👎NO we can’t become so numb to racism&genocide!

As a passionate believer in literature’s eternal beauty&power to enrich human experience&as a victim of ethnic cleansing&genocide, I’m appalled by the decision to award @NobelPrize in literature to a genocide denier. What an ignoble & shameful act we are witnessing in 2019!

"This is justice for Handke", Velikic wrote and added:

"When I compare him to a series of writers that are not his stature, and still got Nobel prize, I think that he really deserved it, there is no doubt about it. I am glad that Olga Tokarczuk had won the prize as she is really a briliant writer, so this year's selection of laureates will be satisfactory to all genuine literature admirers".

Acting Foreign Minister Gent Cakaj, however, reacted sharply to the decision to award the Nobel Prize to Handke.

"As a passionate believer in literature’s eternal beauty&power to enrich human experience&as a victim of ethnic cleansing&genocide, I’m appalled by the decision to award @NobelPrize in literature to a genocide denier. What an ignoble & shameful act we are witnessing in 2019!", he wrote on Twitter

American PEN expressed deep regret over the choice of the Austrian writer Peter Handke for 2019 Nobel Prize in Literature, issuing the following statement:

"At a moment of rising nationalism, autocratic leadership, and widespread disinformation around the world, the literary community deserves better than this. We deeply regret the Nobel Committee on Literature’s choice", as Radio Free Europe reported.