"Kurti could easily carry the title of Kosovo's Baron Munchausen" 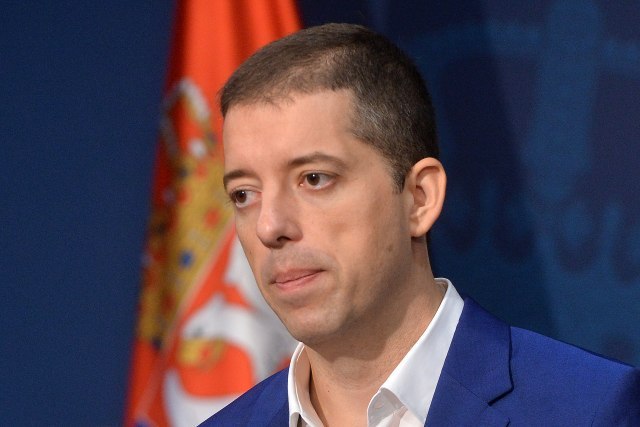 That is why he does not want to speak with those that the Serbs elected, Director of the Government Office for Kosovo and Metohija, Marko Djuric added.

"It is possible that Kurti won't become the Prime Minister of the self-proclaimed Kosovo, but he could easily carry the title of Kosovo's Baron Munchausen. Kurti is lying to the whole world that he is supposedly a democrat, but he cannot manage the simple calculation that 10 is by all means greater than a zero", Djuric told Tanjug last night.

He said that instead of sending congratulations - which Kurti himself did not send to those elected by the Serbs because of his evident intolerance - he sends the message instead that Kosovo is not his heritage and is not owned by him or his "Enverist followers".

"He doesn't want to talk to the democratically elected Serb representatives, and we thank him for that! He saved us time and energy in explaining to the world who he is and what he is - a Greater Albania chauvinist extremist who tramples on basic democratic principles, and dreams of destroying the Serbs and Serbia, spending his entire life on hate and dreams of a Greater Albania and an independent Kosovo that will never come true", Djuric underlined.

He pointed out that Kurti wants to talk to those who have received 0.08 percent of the vote, but won't even hear about those who won 98 percent.

"Kurti's Greater Albania isn't there and won't be. There will be no independent Kosovo either. Lying to his own people that he can make this happen by threatening Serbia and oppressing the Serbs will not do him or Kosovo and Metohija any good", Djuric pointed out.

He added that Kurti brags of the fact that he does not want to talk to the democratically elected Serb representatives, the second largest in the province where he lives, and the first in the country of which he is a citizen.

He also warned that "nobody in Serbia should be harboring dangerous illusions about Albin Kurti as allegedly new leader, replacing the war generation of Albanian politicians".

According to him, Kurti is sworn separatist, somebody who has spent his entire life waging wars and fighting for the creation of a Greater Albania, and has been, for the last two and a half decades, fighting exclusively against Serbia and Serb interests.

"This is a man who hates Serbian President, Aleksandar Vucic, and loves (former communist leader of Albania) Enver Hoxha, and a person who directed insults at the expense of Vucic's female family members", Djuric stated.

He said Kurti is an utterly extreme and radical, militant chauvinist politician, rather than a new face of Kosovo, "as some local and international circles want to present him - who obviously don't mind Kurti's announcing new pressures and oppression directed towards the Serbs".

"Albin Kurti, a faithful follower of Enver Hoxha, would not like to speak with those chosen by the people, but with those whom the Serbs rejected with contempt. This is pure mockery of democracy and a threat to the future to all citizens of Kosovo and Metohija, and it's a policy that will not pass in Serbia - especially in its southern parts", Djuric concluded.