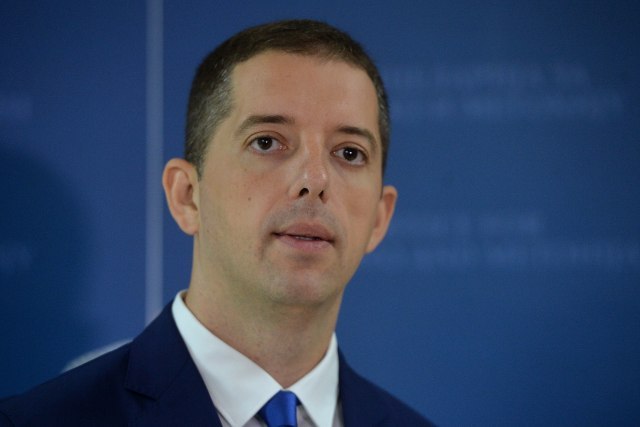 He pointed out that the only way to combat discrimination is to achieve a massive turnout in the October 6th elections.

Djuric told RTS that the Serbian List was forbidden to say "Serbia is calling," and others are not punished for saying that "Srpska List is a monster."

He urged all citizens of Kosovo and Metohija who are on the electoral roll to come forward, no matter what documents they have, to try on the spot to exercise their right to vote.

"Serbs face stark and brutal discrimination, and the only way to defeat it is through a massive turnout. I urge all Kosovo citizens on the electoral roll, regardless of what documents they have, to respond and exercise their right. We will report discrimination to international institutions", Director of the Office for Kosovo and Metohija stated.

He said that if there were more Serb votes than before, "Albanians cannot beat us."

Commenting on media allegations that Kosovo police may organize police raids on election day, Djuric said no one "should play with this."

"Serbia is always ready to protect Serbs in Kosovo and Metohija. That is why I want to assure our people that mass turnout is of utmost importance. If there are 10 out of 10 Serbian MPs, it will not be possible to form a provincial government without a Serb vote, the Serbian vote will be louder", Djuric said.

According to him, it depends on the election results to what extent the position of the Serbs in the provincial institutions will be protected.

"We are proud of the call 'Serbia is calling' and the Serbs will respond to it, under any weather conditions", said the Director of the Office for Kosovo and Metohija.