Vucic on Kostunica's proposal: Implement it, and I will resign immediately 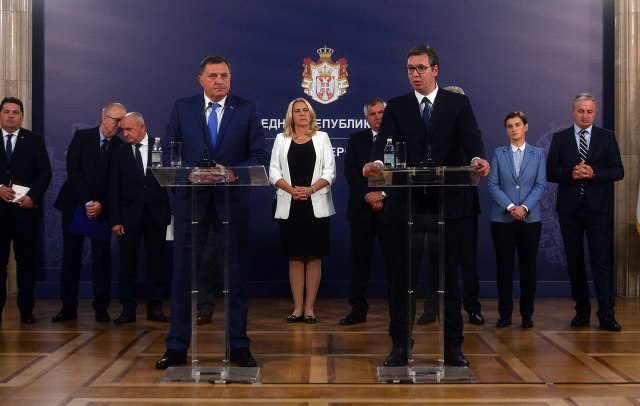 "I have great respect for our presidents, Boris Tadic, Vojsilav Kostunica and Tomislav Nikolic, respectively. I have a question for you - what does it mean exactly - a Hong Kong model? Who will accept this from Albanians, who have declared independence during your and Tadic's term of office? Why didn't you accept it back then?", Vucic asked at a news conference.

He added ironically, "It's a great idea, I'll take it."

"Why did I put it this way - to stop lying, to accept reality, not to act as the greatest power in the world," Vucic added.

He says he "listened to other ridiculous ideas", such as to accept that Albanians are being treated at our hospitals: "Well, here we are, our hospitals are full of Albanians."

He went on to conclude:

"As I am not in a position to implement a Hong Kong model for Kosovo, I will resign tomorrow, just give me guarantees that you'll be able to do it".

He noted that such interferences only make the talks and negotiating position of Serbia more difficult.