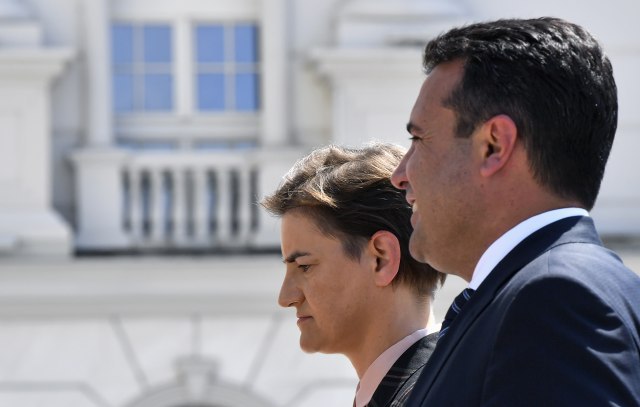 "This is political decision in our eyes, that interferes directly with the rule of law", Brnabic stated on a joint press conference with the Prime Minister of North Macedonia Zoran Zaev.

When asked by Tanjug reporter whether she discussed the extradition of Tomor Morina to Serbia with her Macedonian counterpart, Brnabic said that they had openly discussed all the issues of concern for the two states, including the Morina case, which is a judicial issue.

She stated that she does not think that Zaev could have impact on the court and that case in general, as she is also unable to exert any influence on court decisions in Serbia.

Zaev responded to the same question, saying that this decision is made on the part of judicial bodies and that those decisions are brought without any political pressure.