Working Group of the Council for Kosovo and Metohija gathered new evidence that would bring Ramush Haradinaj to face trial, President of KiM Council Drecun said 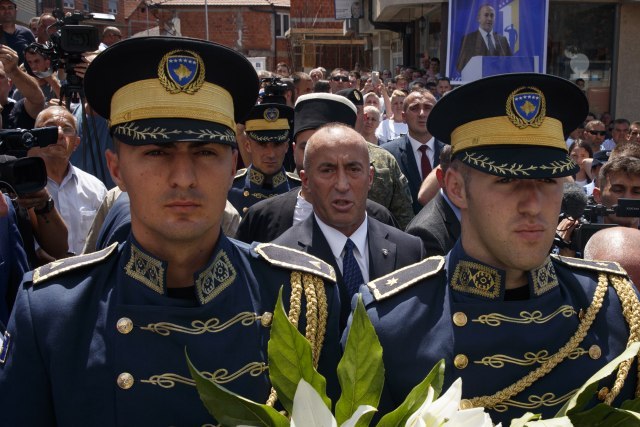 Milovan Drecun had pointed out that almost 160 illegal prison camps of the terrorist KLA was identified.

Drecun said RTS that Working group made efforts to gather as much evidence as possible, in order to provide documentation and potential witnesses that would confirm the crimes committed by Haradinaj.

"In that regards, I believe that we are on the right track, that we have enough evidence, but Special Prosecution Chambers will determine the quality of the evidence and then decide on pressing charges", Drecun concluded.

He added that the materials that could be used in a criminal procedure, including the one against Haradinaj, can be divided into three categories.

"Those are statements of the victims and witness of KLA crimes, orders, rules and instructions, war journals, book of codes used in the local headquarters, maps, photographs, audio-records and activities of KLA. The crimes have been categorized according to operational zones, territories, municipalities and criminal acts", Drecun specified.

He said that documentation is safe and the cooperation with the Special Prosecution established.

"Our work is thorough. We want to see which cases they will prosecute, and then we will submit documents. We have made charts of all committed crimes, identified the crimes, the perpetrators, and potential witnesses", Drecun concluded.

Accroding to him, Hague Tribunal teams had exhumed in total 4.019 human remains in the period from 1999 to 2000, out of which only 50 per cent were identified, while only one identified person was of Serbian origin.

"Unidentified bodies were reburied on the locations that are partially unknown. After the Hague Tribunals findings, it was determined that there are at least 1150 bodies on 80 locations that were gone missing. How come that there is no trace of them? It might be Serbian victims", Drecun concluded.

He claims that Haradinaj had to bear responsibility for the illegal prison camps of the terrorist KLA, as Haradinaj was responsible for 33 such camps, while other KLA leaders, including Hashim Thaci, were responsible for the rest.