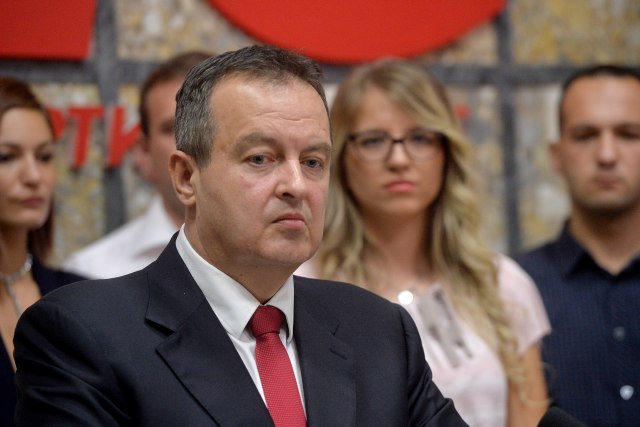 "The Central African Republic became the fourteenth country that clarified its position that it does not recognize the independence of Kosovo,", Dacic said on the RTS. He presented an official note that he received last night from CAR, a country he visited last year and met with its president on that occasion.

Dacic noted that Pristina claims CAR recognized Kosovo, while during his visit to this country, its president expressed surprise over that fact.

"After my request, they had conducted an investigation whether this decision has been made by CAR or not, and concluded that CAR hadn't issued any statement recognizing Kosovo's independence". According to Dacic, the CAR did not accept documents recognizing Kosovo, since the country "cannot take a position contrary to international law". Therefore, "CAR strongly advocates the resumption of dialogue and support basic values and sovereignty of all states, particularly of the Republic of Serbia", Dacic concluded.

"CAR is 14th country presenting such standpoint. Kosovo claimed that it had 116 countries on the list that recognized Kosovo, but I can assure you that this number has fallen below 100. Our goal is to keep it below half of the UN member states", Foreign Affairs Chief stated.

CAR is 14th country to withdraw recognition of Kosovo’s independence, or clarified its position on this issue.

Dacic also announced that there is another country that had decided to withdraw the recognition of Kosovo's independence, but that he had been avoiding disclosing it publicly for a couple of months now, as he didn't want to agitate international community.