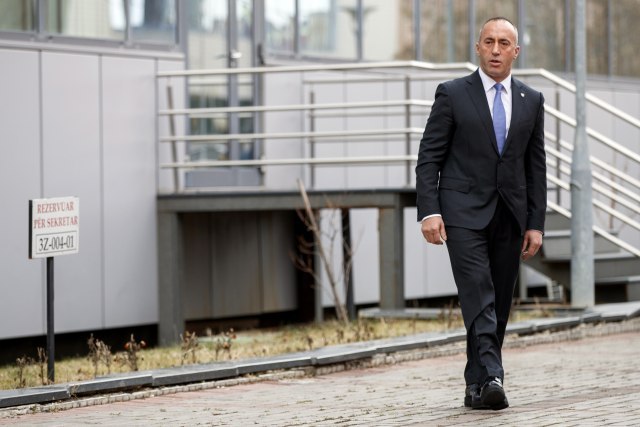 According to daily "Blic", the prosecutor in the Hague had interrogated Haradinaj for an hour, and he refused to answer to his questions.

"Blic" further states, referring to the EULEX sources, that during the conflicts, everything outside the Albanian border could not have happened without the approval of Haradinaj, as this was the part of the region under his control.

"Now, the commanders of the operational zone Pastrik are due to give their statements. It remains to be seen whether the prosecution will bring charges for organ trafficking right away, or they will gradually build "yellow house" case. Nevertheless, the most important outcome of the hearing and investigation is crimes committed in order to trade in organs and the case of a "yellow house", daily quotes the EULEX source.

According to the newspaper sources, there are witnesses who are kept secret, one of them a former KLA driver, who testified that immediately after the withdrawal of the Serbian army and police, Haradinaj brothers organized the imprisonment of the remaining Serbs back in 1999.

"Blic" also reports that there are nine witnesses, four of whom directly participated in the transport of at least 90 Serbs and other non-Albanians for illegal prisons in central and northern Albania.

Three of them delivered prisoners to a house-clinic south of an Albanian town Burrel, also known as the "yellow house", while two witnesses claim to have participated in the transportation of body parts and organs to the airport "Rinas" near Tirana.

"Blic" says that two other former KLA members had received a call from The Hague on Wednesday. One of them is a former Vice Commander of the 128th Brigade of Pastrik Operational Zone, Avdi Ibrahimi, whose interrogation has been scheduled for October 2.