Vucic on Haradinaj: He is out already? Tough work, he is ready for a cocktail party

Vucic stated that justice will not be satisfied in the Hague when it comes to Ramush Haradinaj, so we should stop dreaming that someone will bring justice to us 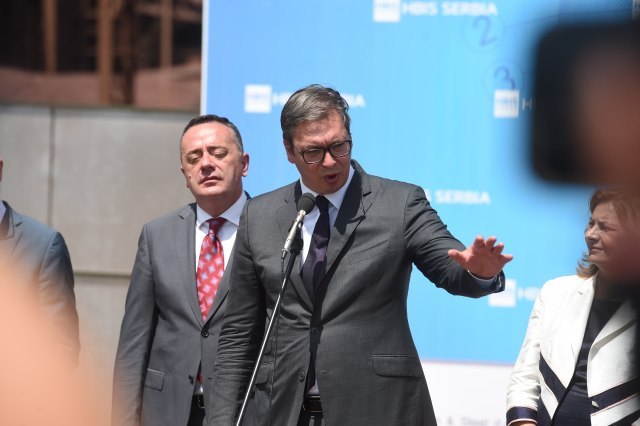 "He is already out, he'll now have lunch with them", Serbia's President commented for RTS whether justice will be served in the Hague.

"We should not dream about someone bringing justice to Serbia, this was not the case so far, it will not be in future. When will the cocktail party be organized in the Hague for Haradinaj and his companions? So that he could pass onto them how he went through so much trouble. It was a tough flight, from Pristina via Vienna to the Hague", Vucic said.

Reacting on Haradinaj's flying on Beghjet Pacolli's jet, he said: "He had a hard time, maybe Pacolli's jet lacks stewardess, as he took his private jet. He claims that he waited quite a lot for the other airplane. Tough situation, he is such a great hero".

Kosovo's Prime Minister Ramush Haradinaj was interrogated today at the Specialist Chambers of the court in the Hague, where he was summoned as a suspect for the crimes committed on the territory of Kosovo in the period from 1998 to 2000. During today's interrogation, Haradinaj remained silent.