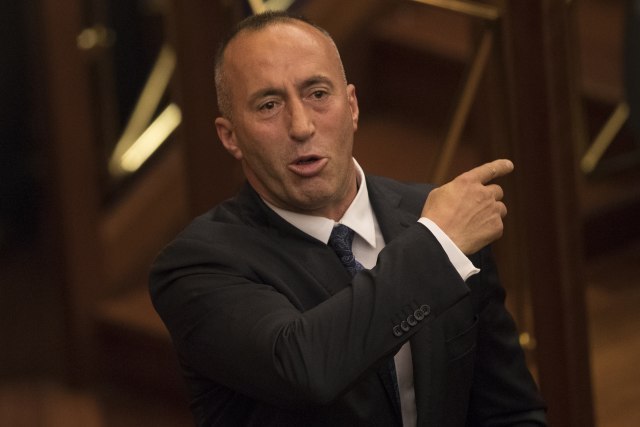 Ramush Haradinaj had resigned on the Kosovo's Government session.

Haradinaj resigned after being summoned as a suspect by The Hague-based Special Court for war crimes, RTS correspondent stated.

"I am resigning from the position of the Prime Minister of the Republic of Kosovo. I want to thank you for your trust and support. The reason has to do with the invitation I have received from the Specialist Chambers in The Hague, as a suspect," Haradinaj said in an emotional tone, after a government meeting in Pristina, Radio Free Europe reports.

He said he was not indicted by The Hague court, but was called to give a statement as a suspect.

„After the resignation, I returned my mandate to the people, and you are the first to know,“ Haradinaj told reporters on a press conference in Pristina held after the Government session.

He said that the responsibility now was with the President of Kosovo Hashim Thaci to start talks with the parliamentary parties and set the date for the new elections.

„My party and I will run at the next elections, but I couldn‘t lead the country in such situation because that would make Kosovo‘s position difficult,“ Haradinaj stated.