Merkel: Dark clouds cast over the dialogue between Belgrade and Pristina

German Chancellor Angela Merkel pointed out that dark clouds had been cast over Belgrade-Pristina dialogue, after Kosovo imposed tariffs on Serbian goods 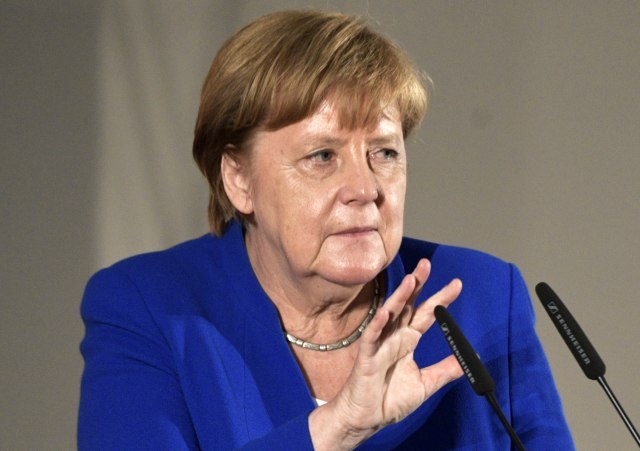 In the interview with the correspondents in Berlin, Merkel pointed out that Germany has great interest for European integration of "Serbia and Kosovo", to make progress on this road, but, as she stressed, in order to do that, it is necessary to restore Belgrade-Pristina dialogue.

Taxes have led to a downturn, not progress, Merkel said, reminding that she had spoken to Belgrade and Pristina leaders at an earlier meeting in Berlin.

"We have to find way to restore this dialogue. I had talked to Aleksandar Vucic, Hashim Thaci, Ramush Haradinaj. There is still no progress regarding this issue. We had offered a meeting in Paris, and it is necessary that we work on this", German Chancellor concluded.