"I've requested to get in touch with KFOR at any moment, NATO General consented" 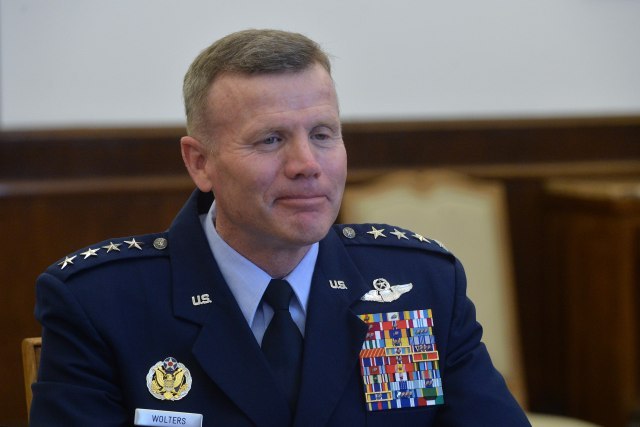 On this occasion, Vucic had expressed satisfaction with successful cooperation with NATO, that is being developed, fully respecting Serbia's military neutral status.

At the same time, he accepted that the top officials of our army would be available for communication with KFOR.

General Wolters consented that at any moment, without any delay, there is direct channel of mutual communication as it is important for maintaining stability in the region as the foundation of global stability.

He confirmed that KFOR would continue to fulfill its responsibilities in Kosovo and Metohija and praised President Vucic for responsible, wise and nerveless reactions in crisis situations in Kosovo. General Wolters supported the efforts that Serbia invests in preserving stability and expanding co-operation in the region.

President Vucic said that the cooperation of the Serbian Armed Forces with NATO, within the framework of the Partnership for Peace program, is in the common interest and expressed hope that it would be improved with the goal of building capacities for contributing to world peace.

In this regard, Vucic emphasized that the new cycle of the Individual Partnership Action Plan has been harmonized, it is concluded in the press release of the Serbian Presidency.