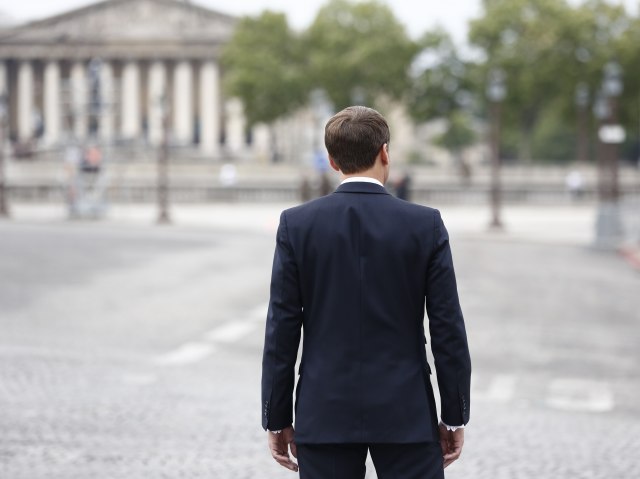 French television "France 24" states that Belgrade-Pristina relations will be among main issues for discussion.

This broadcaster reminds of the fact that this is the first visit of the French President to Serbia after Jacques Chirac's stay in the Balkan region back in 2001.

The possibility of resolving Kosovo crisis with territory swap remained uncertain, while Paris, unlike Berlin, is open for such a solution, this broadcaster states.

Macron will stay in Belgrade today and tomorrow, with the aim to restore severed relations with Serbia.

The other significant topic is Serbia's aspirations to join EU.

"President supports European perspective of the Balkans, but in the same time claims that the accession will be possible only after EU reforms, which was well received in Belgrade", it was a clear message sent from Elysée Palace, the residence of the French President.

Paris and Belgrade, as "France 24" recalls, should also overcome the inconvenience caused by the French protocol's oversight during the celebration of the end of the First World War on November 11th.

President Vucic, as stated, had been placed at the second stand, while Hashim Thaci was at the main stand, with Macron, the president of the US and the Russian President.

The paper reminds that Macron's visit was planned for December, but was postponed due to protests in France.

Until then, La Croix considers, Paris did not undertake much effort to maintain ties with Serbia, but also with the region in general, in which Paris remained slightly present.