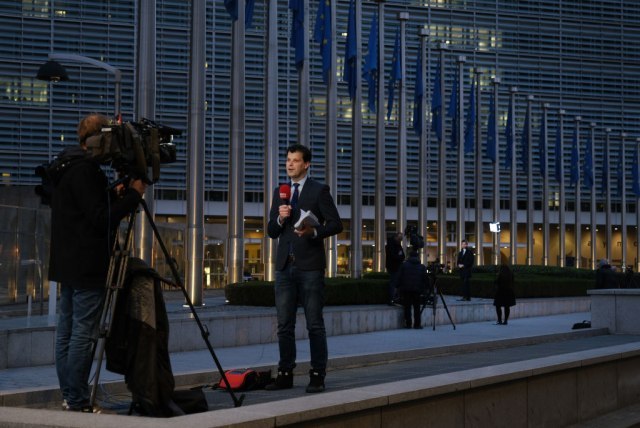 Managing Director of Euronews Michael Peters will be among the members of the delegation of French President Emmanuel Macron visiting Serbia today, Blic announced, referring to its findings. Negotiations on the start of the broadcast, the paper writes, lasted almost a year.

"We started negotiations a year ago, and we intensively negotiated for six months, and finally reached agreement." Euronews opens a regional office in Belgrade, Blic was informed by its source, familiar with the details of the signed agreement.

The broadcasting agreement was signed last week, but, as stated, it was not possible to reveal all the details of the agreement yesterday. "While the negotiations were underway, only three people knew the details, so that nothing would be leaked until they were officially announced," the source of the Belgrade newspaper concluded.