Brnabic's response to Meta: We will not be provoked, SEECP does not recognize Kosovo 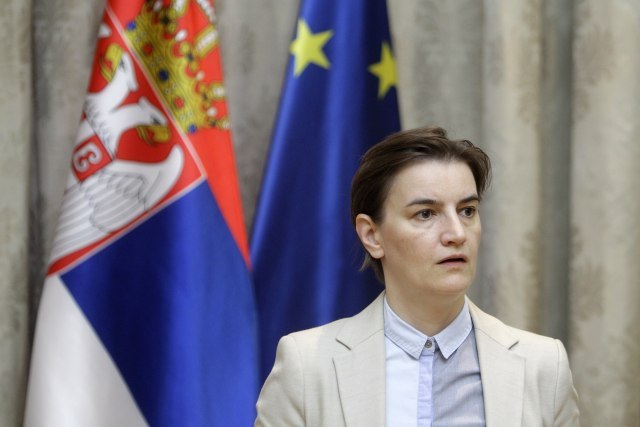 She added that there is no room for provocations.

Albanian President Ilir Meta, who spoke on the plenary session of the South-East European Cooperation Process (SEECP) right before Serbian Prime Minister, called on Bosnia-Herzegovina to recognize "the fact that Kosovo is an independent and sovereign state".

He said that Kosovo representatives, that should take over chairmanship of this process, were "thus forced not to attend this summit".

"How can we pretend to have established successful regional cooperation while some of the SEECP members made all efforts in order to exclude other countries from the possibility of benefiting from regional initiatives?", Meta said in a critical tone.

Brnabic reacted to this by saying that SEECP framework does not recognize so-called Republic of Kosovo, along with the host country Bosnia-Herzegovina, so it would be decent to respect this in diplomatic relations.

Brnabic added that apart from the host country, there are other countries SEECP members that does not recognize Kosovo, such as Romania, Greece, Moldavia.

"I suggest that we act in line with the framework established within the South-East European Cooperation Process, with the aim of securing regional stability and cooperation, showing respect towards each other, without using provocations such Meta tried to use", Brnabic called on member states.

As she said, she also regrets the fact that Prishtina's representative are not attending the summit, but that this shows Prishtina's current perspective of regional cooperation.

"This is one of the final steps in a row taken by Prishtina since November 2018, clearly showing its willingness to regional cooperation process", Brnabic concluded.