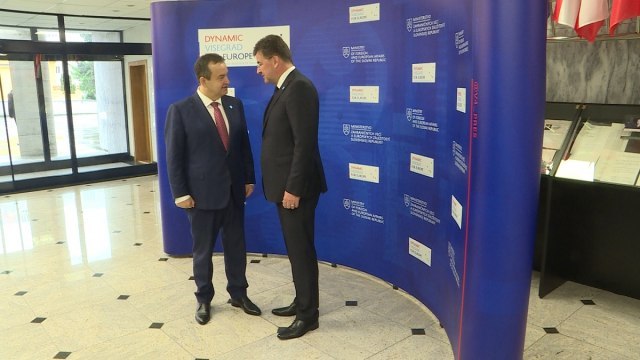 First Deputy Prime Minister and Minister of Foreign Affairs Ivica Dacic conveyed at today's meeting of the foreign ministers of the Visegrad Group and the Western Balkans, concern and outrage over the attack by Pristina police security forces and special units on the north of Kosovo.

After a meeting held in Bratislava, Dacic also conveyed Serbia’s firm determination to send a clear message to the European Union and Western partners that they must take all measures to withdraw the Kosovo security forces as soon as possible from the north of Kosovo.

I conveyed the position of President Vucic, which was unanimously supported in the National Assembly of the Republic of Serbia, and the position of the Serbian government - that Serbia will not allow harassment and attacks on its people living in Kosovo-Metohija, Dacic said.

He said that Serbia wants dialogue, that it serves to find a compromise solution and to do something good for our peoples in the region.