Zoran Djordjevic has attended the swearing-in ceremony of the re-elected President of the Union of Comoros Azali Assoumani. 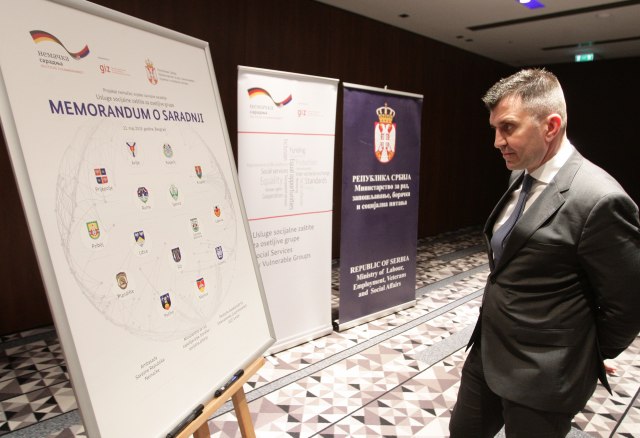 Djordjevic, envoy of the Serbian president, and Minister of Labour, Employment, Veteran and Social Affairs, was accompanied by Ambassador of the Republic of Serbia to Nairobi Dragan Zupanjevac

On that occasion, on behalf of President of the Republic of Serbia Aleksandar Vucic and in his personal name, Djordjevic extended the most heartfelt congratulations to the re-elected President of the Union Comoros.

I believe that with your experience and dedication you will work hard for the welfare and further progress of your country. I would like to emphasize that Serbia highly appreciates your support and will, as a responsible and reliable partner, continue to develop bilateral relations with your country in the future. Serbia and the Comoros are characterized by traditionally friendly relations, which have a long history, and I believe that in the future they will be even stronger and better, Djordjevic said.

Heads of diplomatic and consular missions, as well as international organizations, attended the ceremonial swearing-in of the president in Moroni.

In November last year, the Union of the Comoros withdrew the recognition of the unilaterally proclaimed independence of Kosovo, after which the diplomatic relations of the Republic of Serbia with that country intensified, according to a statement from the Ministry of Labour, Employment, Veterans' Affairs and Social Affairs.