Serbian Minister of Foreign Affairs Ivica Dacic was in the presidential palace of Somalia at the time of a terrorist attack. 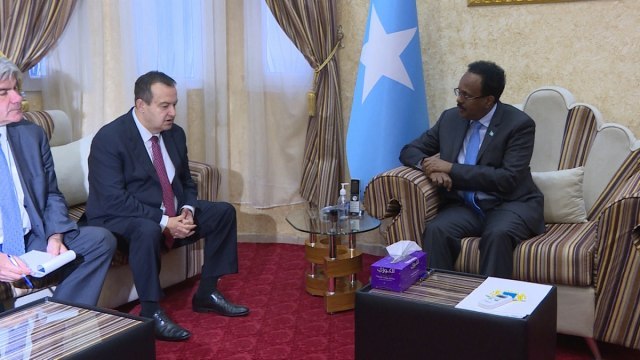 At the moment when the explosion was heard, Dacic was speaking with the president of Somalia, who "jumped up when the blast was heard."

"We are used to this, we have been bombed (by NATO)," Dacic said at that point, Tanjug is reporting, while the Somali president told him that if he had Westerners there, they would have immediately fleed.

As Dacic told Tanjug, he was informed that the target of the attack was a former Somali Foreign Minister.

Dacic was recounting all this from Athens, where the plane of the government of Serbia, which he was traveling on, was forced to land because of a malfunction.

The explosion earlier in the day in Mogadishu carried out by Al-Shabaab terrorists linked to Al Qaeda killed at least nine people, including a former Somali military chief, and wounded 13, mostly soldiers.