Minister to NATO: Apologize for everyone you killed

Aleksandar Vulin expects NATO to apologize not only for the civilian victims of its 1999 bombing of Serbia, but also for each police officer and soldier. 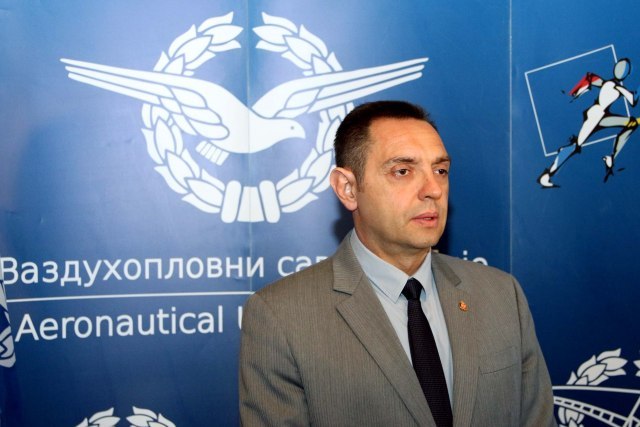 The defense minister spoke to journalists on Monday, during a wreath-laying ceremony at a memorial in Belgrade dedicated to Guard soldiers and patients killed in a NATO airstrike against the KBC Dragisa Misovic hospital.

He said that nobody had the right to be killing soldiers and police officers of a free country.

"Seek forgiveness from their parents, from their family members," Vulin said, adding that none of the victims should have been killed.

President of the Belgrade City Assembly Nikola Nikodijevic, who was also present at the ceremony today, said that seven soldiers and three patients died in the attack.

"There is no convention, decision, no law whereby a hospital can become a legitimate target, and this is one of the most terrible crimes that happened during the NATO aggression in 1999," Nikodijevic said.

He said that the soldiers killed on this day 20 years ago were ordinary conscripts, between 18 and 20 years old, serving in a firefighting brigade - "that could not endanger anyone with anything."

"What is our obligation is to remember all the innocent victims, to keep peace and not to be in a situation to defend our freedom with human lives," said Nikodijevic.

The hospital's director, Vladimir Djukic, said that patients unable to take shelter had been killed in the airstrike.

"When in their activity, hypocritically named 'merciful angel', they targeted hospitals, bridges and kindergartens, we had the misfortune of our hospital becoming a legitimate target in the eyes of the villains," Djukic said, adding that what happened there should not be forgotten.

The father of one of the killed soldiers, Branislav Pejcinovic, said that the servicemen were "young people who left nothing behind except their grieving parents."

Wreathes were also laid today in front of the hospital by members of the Serbian Army's Guard Brigade, the hospital staff, and the families and friends of the victims.

The hospital was attacked on May 20, 1999. The direct result was the destruction of the building housing the neurology ward, while the children's and the obstetrics and gynecology clinics were damaged, along with the legal and accounting department's premises.