Djuric is banned from Kosovo; "Pristina is nervous"

Director of the Office for Kosovo and Metohija Marko Djuric say the provisional institutions in Pristina prevented him from visiting Lesak on Monday. 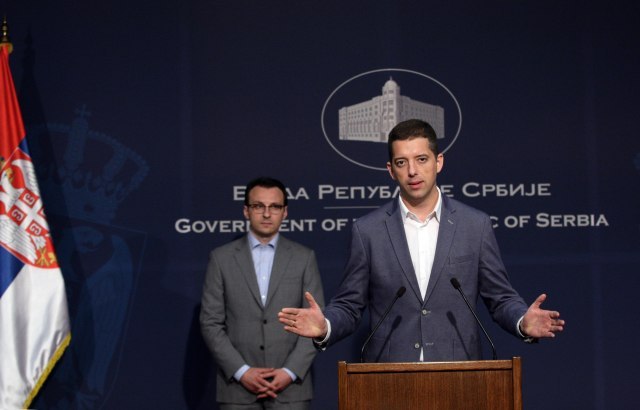 Djuric was to deliver assistance to local Serbs in this community in Kosovo and Metohija.

Djuric told a press conference that this visit was announced in accordance with an agreement on visits of officials, "agreed on by some previous governments" - and that the ban was no coincidence, but the result of nervousness of the provisional institutions in Pristina.

He added that according to all democratic standards in the 21st century it was unacceptable to attempt to prevent any of the Serbian representatives from free movement, regardless of which political option they belong to.

"This is unacceptable and shows that they have not moved away from political extremism," Djuric said.

Djuric was to travel to travel to Kosovo to hand over 10 tractors to farmers there. Regardless of his absence, the tractors will be delivered, the official said.

"We will continue to support and help our people and will implement even more intensively a plan that means we will rebuild institutions, roads, health and education centers and create better conditions for life in all Serb areas," Djuric concluded.