Marko Djuric on Thursday "thanked the organizers of the summit in Berlin on behalf of the ruling party (SNS) and Serbian President Aleksandar Vucic." 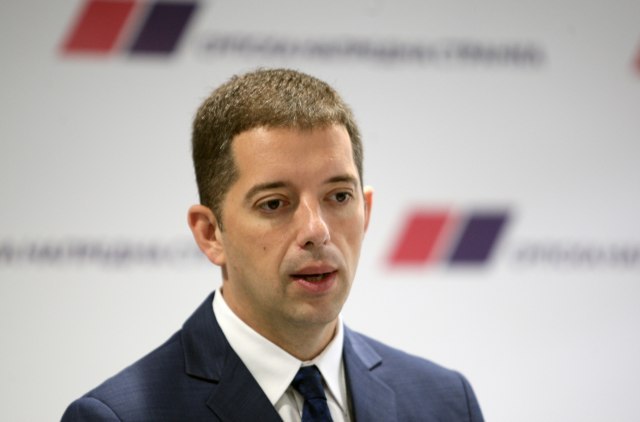 Speaking in a news conference in Belgrade, the head of the Serbian Government's Office for Kosovo and Metohija said that Emmanuel Macron and Angela Merkel prepared the summit "in a very serious way, and gave the opportunity to Vucic to present Serbia's position."

"Thank you for the opportunity for Serbia and the president to present the position of Serbia. The result, what remains as an impression, is a pretty clear picture of what various people in the region want for us and what stance they intend to take on Serbia and her interests, and the rights and position of Serbs in the region," emphasized Djuric.

He added that, unfortunately, there were few positive messages at the summit- "on the contrary, since the messages from Pristina and Tirana were virtually horrific, completely against dialogue and goals such as normalization of relations."

"It's much clearer after the Berlin summit what real intentions of individual leaders in the region and of individual countries are," said Djuric.

He added, however, that "not everything was that dark" - as the behavior of Slovenia and Croatia was "fair," as was that of Montenegro.

"We did not quarrel with anyone, but our delegation did provide clear and direct answers to everybody's attempts to present recent history in a fake light and show Serbia as the culprit for (Pristina's taxes imposed on Serbian goods), and other things in the region," Djuric said. "We will continue to behave seriously and responsibly towards issues in the region and seriously prepare for future activities," said Djuric.

He added that the Berlin summit was an opportunity for Serbia to present its views as well as to consider relations in the region, "and who thinks what."

"Serbia and President Aleksandar Vucic are grateful to Angela Merkel and Emmanuel Macron for organizing a summit where Serbia has had the opportunity to present its views, in an atmosphere that was at times difficult and complex thanks to the behavior of some countries and leaders of the countries in the region. There were attempts to present things the way they are not, but all this was met with clear, substantive and direct responses from President Vucic and Prime Minister Brnabic," said Djuric.

He added that the summit was "a good opportunity."

The fact that not everyone acted equally responsibly is not the responsibility of the host and organizers, but it+s good that we had the opportunity to see what relations and circumstances are in the region, are and what kind of thing each has in mind for us," Djuric said.