"If EU doesn't want Serbia - there are those who do"

Defense Minister Aleksandar Vulin says that if the EU does not want Serbia in its ranks, "there are those who do." 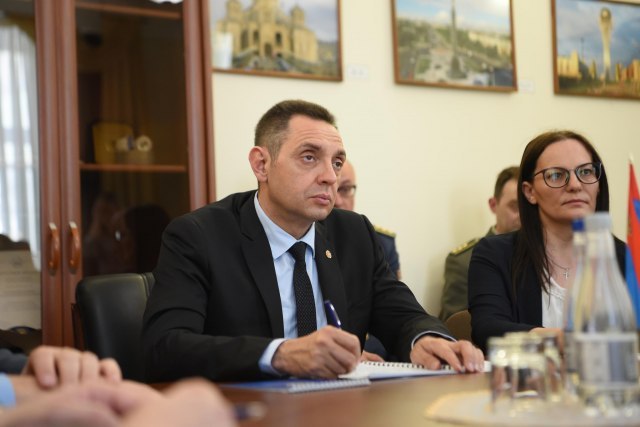 There are other alliances and other nations who want to cooperate as equals, Vulin said.

"We are not condemned to Europe. The EU is Serbia's strategic orientation, but not at the price of begging," the minister told TV Pink on Thursday, adding:

"If they do not want us, there are other alliances and other nations who want to cooperate with us on an equal footing. That doesn't mean we will enter into some kind of alliance, because there is nothing that is organized in the way the EU is - but we must respect ourselves."

Speaking about Pristina's taxes imposed on goods from central Serbia, he assessed those were affecting the Albanians more than the Serbs, and that such things make the region unstable. According to Vulin, the recent meeting in Berlin, organized by Germany and France, saw Serbian President Aleksandar Vucic demonstrate that he is "a great statesman - because a massive, frontal attack on Serbia took place there."

"The president of Serbia was the only one at that gathering who had an independent foreign policy. He showed that he is the only statesman in the Balkans who has the courage to lead an independent foreign policy. The rest do what they're told," Vulin stressed. The defense minister added that his personal stance is that "delineation" is the best solution for the Kosovo issue.

"We need to delineate, to have a firm and firmly defended border between us and the Siptars (Albanians). We haven't been able to separate ourselves from them for centuries. Whenever we are with them, we have conflicts, misery, wars," Vulin said.

He pointed out that Serbia is a factor of peace and stability in the region, and that the biggest threat to peace is the (expansionist) concept of Greater Albania - something that even those countries directly threatened by it, such as Montenegro and North Macedonia, keep quiet about.