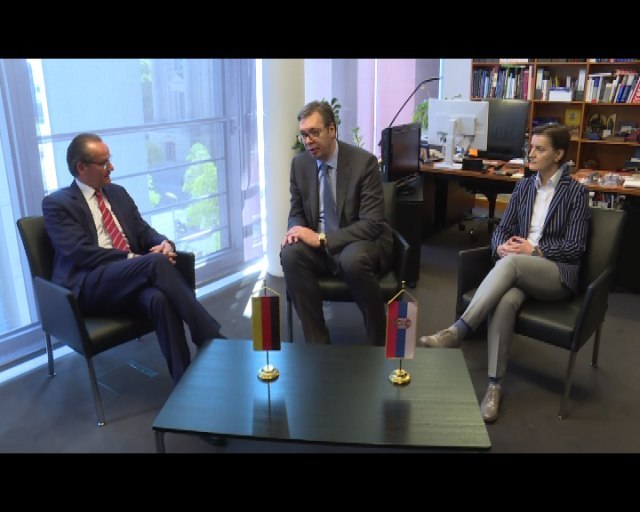 He added that we are in a much better position than some others, but are nonetheless facing a difficult time and many problems.

At the same time, Vucic commented on Pristina's excessive demands made on Tuesday, saying that "our position does not depend on them, while their position depends entirely on us."

The impression of everyone he spoke with today, Vucic told the press in Berlin after a meeting with German MPs, is that at the summit, Serbia was responsible, serious, wishing to contribute to the strengthening and stabilization of the region, rather than further undermine and escalate the conflict.

"Our moral and political position today is stronger than yesterday, but in the future, also because of the difficulty of the situation, there are still many problems that we will have to face," Vucic said.

He added that "some people thought it was possible to reach a solution without Germany and France, but that is not realistic."

He added that he saw "chest-thumping" of some people after the gathering, the talk of the topic of mutual recognition being on the table - which, he said, "only makes him laugh."