What did Chinese president tell Vucic about Kosovo?

China's position on the issue of Kosovo and Metohija remains unchanged, which implies support for the territorial integrity and sovereignty of Serbia. 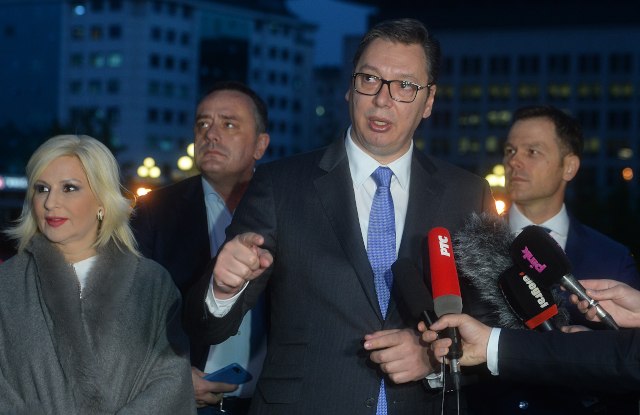 Serbian President Aleksandar Vucic stressed this in Beijing, after his meeting with Chinese President Xi Jinping and in a separate, multi-hour conversation with Xi's closest associates.

China, Vucic said to Serbian journalists, understands and supports Serbia very well when it comes to the issue of Kosovo and Metohija.

"China has a very firm position on Kosovo and Metohija, because they respect Serbia that independently makes its decisions, which they know well and support," Vucic, who is in Beijing for the Belt and Road forum, told reporters.

This understanding and support has been extended to us by Chine when it comes to (Pristina's attempts to join) Interpol, UNESCO and other international forums

Vucic recalled that he told Xi that Serbia would always support China when it comes to the issue of Taiwan and other areas.

"China will always have our support and there is no doubt about it, they know that and they respect that," said the president.