Serbs from Kosovo reach Belgrade on foot ahead of rally

President Aleksandar Vucic on Thursday received a group of Serbs from Kosovo and Metohija, who last Friday departed from northern Kosovo. 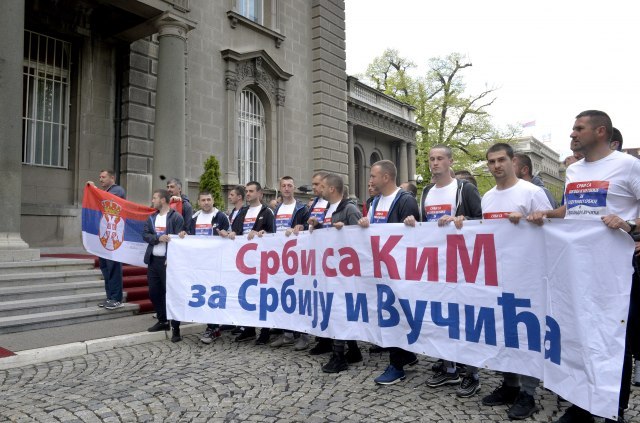 The banner reads, 'Serbs from KiM, for Serbia and Vucic' (Tanjug)

They will tomorrow attend a rally in the capital, organized as part of Vucic's "Future of Serbia" campaign.

Vucic received the group in the Presidency, where they came carrying a banner they took with them throughout the trip, reading, "Serbs from KiM (Kosovo and Metohija), for Serbia and Vucic"."

The president is expected to address reporters after the meeting, when, according to announcements, he will speak about the April 29 meeting in Berlin dedicated to Kosovo and Metohija.