Report: Vucic to decide on elections after Berlin and China

Blic dailyl writes that SNS leader and Serbian President Aleksandar Vucic will decide on the date of parliamentary elections after important meetings abroad. 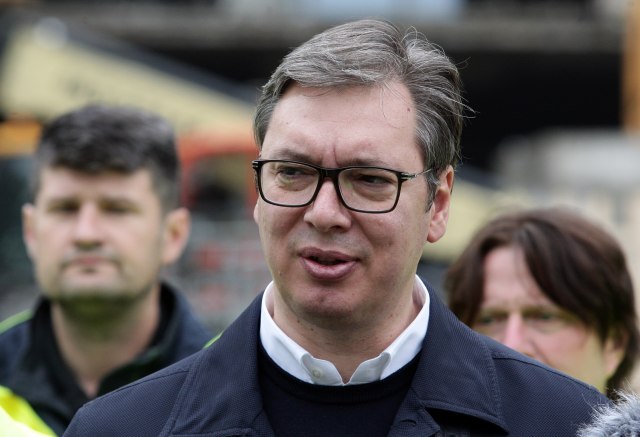 According to the article, Vucic has held spoken with his closest associates to tell them he did not would not accept any ultimatums of the opposition. They are not asking for people to live better, they have tycoon terms, Vucic told his associates on Monday, Blic writes.

The newspaper says that Vucic addressed a video conference with presidents of 25 districts and eight city boards (of his party) in Belgrade and sent them a message ahead of a large SNS rally on Friday in the capital.

"The president spoke with his most trusted people. He gave us instructions before the big rally and told them that freedom-loving Serbia always defeat fascism and thievery, and so it will be this time too," Blic writes, referring to an unnamed source from the top ranks of the ruling party.

It is reported that Vucic expects that more than 150,000 people to attend the rally in Belgrade, and that this will be the biggest gathering in recent times.

As for the SNS leadership meeting this Tuesday, although it was thought that the 7,000 delegates would vote on calling early elections, this will not happen, according to the daily's source.

Vucic will be in Berlin on April 29, together with Prime Minister Ana Brnabic where he and other politicians from Kosovo and the region will speak with German Chancellor Angela Merkel and French President Emmanuel Macron.

Prior to that, Vucic will on April 25 meet with Chinese President Xi Jinping, and will also have a bilateral meeting with Russian President Vladimir Putin, Blic writes.

"Only after all the meetings in China and in Berlin will the president decide on (early) elections. That's why the SNS leadership will use today's meeting to send a message to the leaders of the (opposition) Alliance for Serbia and tell them what they think about their terms," ​​the source said.