Another protest dubbed "1 of 5 million" was held in Belgrade on Saturday, gathering citizens from across Serbia and opposition parties. 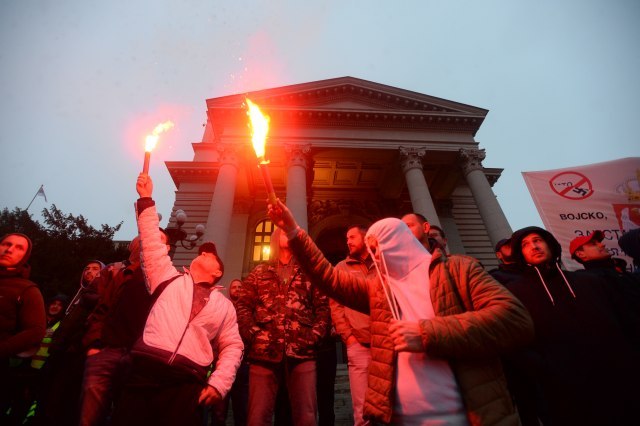 The opposition gave the authorities six days to fulfill their demands.

New demonstrations have been announced for next Saturday in case the demands are not met.

The march took place without incidents, with several flares lit up at various points. The protesters carried no party symbols, but only flags of Serbia and banners.

Beta is reporting that the demands have to do with "creating conditions for a fair election" - including a joint government-opposition commission that would define these, a new Regulatory Body for Electronic Media (REM), a new technical and editorial team for the Serbian broadcaster RTS and the provincial broadcaster in the province of Vojvodina, and giving the opposition an equal role in appointing the three new managements.

"The police and pro-government media reported there were some 7,500 protesters, calling the event 'a debacle' while and the opposition said that 35,000 people had gathered," the agency said.