Goran Vesic says councilors will "guard the City Assembly along with him from fascists and hooligans who want to intimidate and destroy city institutions." 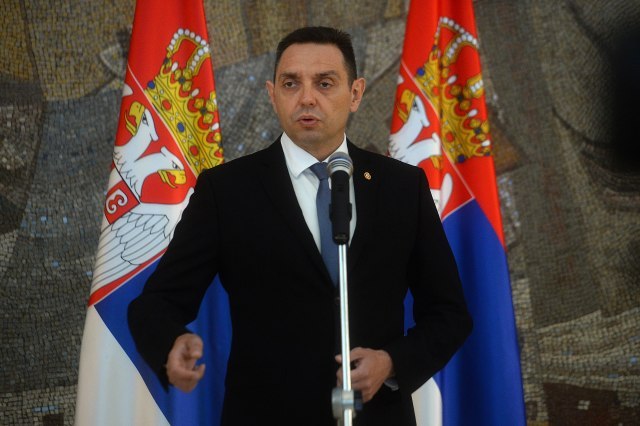 The deputy Belgrade mayor also announced on Friday that he has for the moment postponed his decision to launch a hunger strike.

"This decision to go on a hunger strike was made in order to draw the public's attention to what the fascist Bosko Obradovic is doing, as well as those who intended to storm the National Assembly today and start (their) hunger strike, and then storm the City Assembly," said Vesic.

"That is called a coup d'état. This decision about the hunger strike remains in place, and I am ready to embark on it if they continue with the threats. The councilors will enter the building and will guard the City Assembly from now on, while municipal councilors will also protect municipal buildings," the deputy mayor added.

Defense Minister Aleksandar Vulin, who was also reportedly planning on going on a hunger strike, said in his address to the media that some people were "rejoicing in vain his physical disappearance" and thanked those who "supported the struggle."

"The struggle is not stopping, I hope that no one will reach for violence, that nobody will even try to do what they thought of doing," Vulin said.

Similarly to Vesic, Vulin said that he decided to postpone his hunger strike at the suggestion of President Aleksandar Vucic - "until and unless some others start their hunger strikes."