Defense Minister Aleksandar Vulin will start a hunger strike on Friday in the Serbian National Assembly. 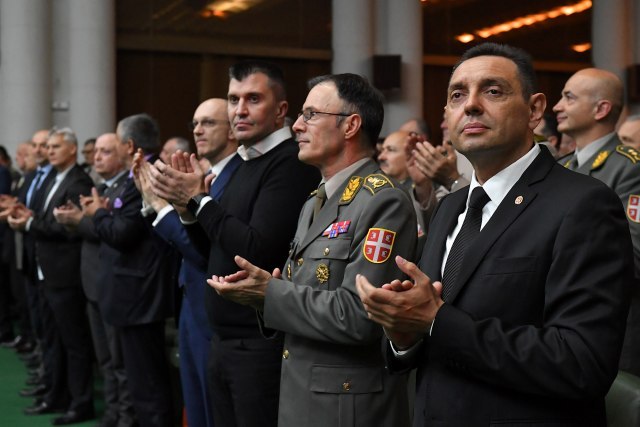 Belgrade daily Vecernje Novosti is reporting that it has confirmation of this.

Vulin will be joined by about 30 members of the Assembly (people's deputies) from the ruling majority, and by a portion of councilors in the Belgrade City Assembly, the newspaper said.

In this way, according to a source, these official will highlight "the violence carried out by (opposition politicians) Bosko Obradovic, Dragan Djilas and Vuk Jeremic."

During the day, Vulin will announce his decision to President Vucic, Prime Minister Brnabic and his associates in the ministry, the report said.

Vulin in the past organized a similar protest in 2003, when he went on a hunger strike for three weeks. At the time, he had been arrested after a clash during a demonstration held against the arrest and extradition to the Hague Tribunal of Major Veselin Sljivancanin, the newspaper recalled.

Deputy Belgrade Mayor Goran Vesic announced on Thursday that he will start a hunger strike tomorrow along with councilors from the ruling SNS party, and its elected officials in the City Administration, Tanjug is reporting.

Vesic said they saw this move as "the only reasonable and civilized way to stand up to hooliganism and violence that leaders of (the opposition) SzS are carrying out in Belgrade."

"I don't see any other way to resist the hooliganism of a part of the opposition, who are obstructing (construction) works in the center of Belgrade, destroying the property of citizens and chasing investors away from our city - other than to start a hunger strike," Vesic told the tabloid Informer.

Vesic added that it was a first to have the city's administration working, modernizing and developing Belgrade, while the opposition acted against that, engaging in destruction and driving away investors.

"It's clear that they are doing this to make this country worse. That 's why our decision to launch a hunger strike is the only civilized way to show that their behavior is unacceptable," Vesic said.