The idea behind the April 29 meeting of Western Balkan leaders in Berlin is to lay the groundwork for the Belgrade-Pristina dialogue. 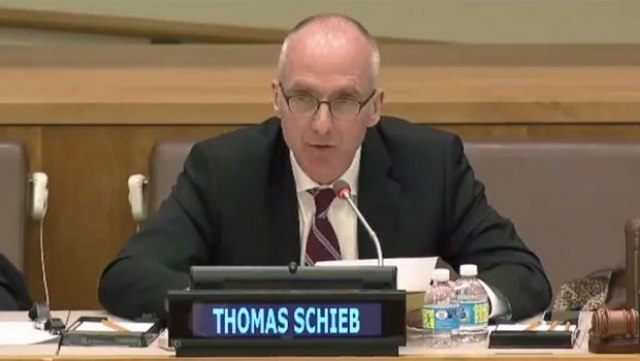 German Ambassador to Serbia Thomas Schieb said this on Thursday.

"We hope the taxes will soon be abolished and that this will create conditions to continue the dialogue," Schieb told N1 broadcaster.

"The fact is that relations are not good, that the dialogue has been halted and that there is no communication. That needs to be overcome. It must be renewed and kick-started. The taxes need to be abolished and revoked to ensure the dialogue can continue," Schieb said.

The German diplomat pointed out that the 100 percent taxes Pristina introduced on goods from central Serbia are "regrettable," adding, "without a doubt there are efforts to convince the Pristina authorities to withdraw them."

"I hope that we will soon be successful," said Schieb, adding that conditions would then be created to continue the dialogue.

Asked whether his country thinks Belgrade should continue the dialogue regardless of the taxes, he said that that "in principle, it could be continued" - but that Berlin "understands Belgrade's position."

"On April 29, we can lay the groundwork for dialogue on normalization," said Schieb.