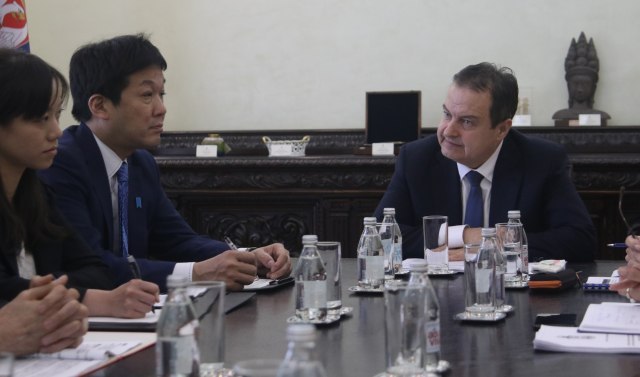 During the meeting on Wednesday in Belgade, they "confirmed the common determination for further strengthening of political dialogue, exchange of visits at all levels and further linking of the economy two countries," the Serbian government announced.

The officials also assessed that relations between the two countries are moving "along an upward path, while the mutual contacts are intense."

They further "expressed mutual satisfaction with the achieved results and the level of cooperation, and it was estimated that the historic visit of Prime Minister Shinzo Abe to the Republic of Serbia in January 2018 gave a new, strong impetus for further improvement of comprehensive cooperation."

Dacic and Sonoura "exchanged opinions on the most important regional and global issues were exchanged, with readiness to continue intensive dialogue and cooperation in international forums."