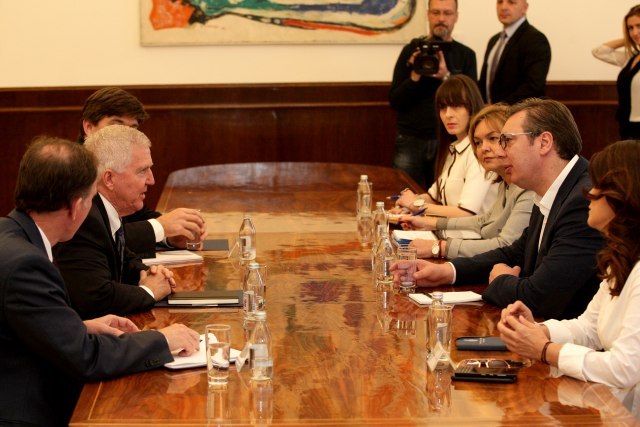 Vucic told Scott that he was not an optimist, but that Serbia was ready to continue the dialogue if Pristina withdrew its decision to increase taxes on products from (central) Serbia by 100 percent.

During the conversation that concerned the dialogue, and the situation in the region, Vucic pointed out that by not fulfilling the only condition from the Brussels agreement - the formation of the Community of Serb Municipalities (ZSO) - and by adoption its "platform on negotiations," forming an army in Kosovo and introducing taxes on goods from Serbia, Pristina has moved to "abolished the dialogue."

He stressed that the international community should have dealt sooner with the problems that have led the dialogue's deadlock, in particular the attempts to abolish the taxes on Serbian goods. "I am not an optimist, but if Pristina withdraws the taxes, Serbia is ready to talk," Vucic said, according to the presidential press service.

The US ambassador is quoted as saying that it is necessary to find a way to continue the talks between Belgrade and Pristina, "because it is in the common interest of Serbia, Kosovo, but also the international community to reach a compromise."