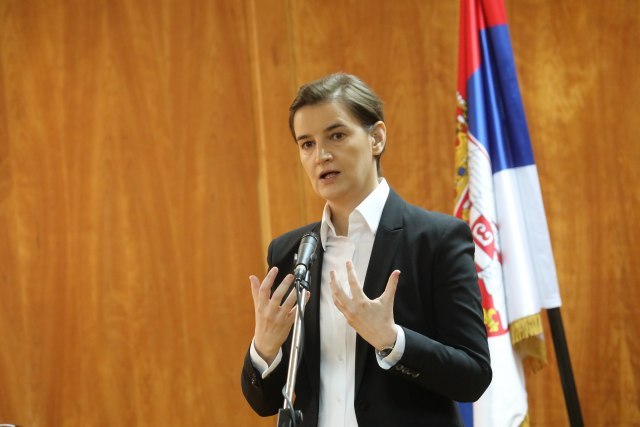 She in this way responded a journalist asking for her comment on the demands of the opposition Alliance for Serbia (SzS) toward the state leadership.

"They do not have to wait until April 13, my answer is that I will not resign," said Brnabic, adding that "the ultimatum made by the people gathered around SzS, for me to resign, together with the president of the Republic and the speaker of the National Assembly, by April 13 - is an ultimatum made by bullies."

It's also made by people who showed they want to achieve democracy through street violence, gallows and chainsaws, said the prime minister.

"I was not scared, nor was the government scared of gallows, threats and chainsaws. We respect democracy, Serbia is a society of decent and normal people and we will never accept ultimatums made by bully and fascists," Brnabic said.

SzS representatives recently called on Brnabic, President Aleksandar Vucic and National Assembly President Maja Gojkovic to resign, and give them a deadline of April 13, when they announced that they would organize a big protest in Belgrade.