"Delaying solution is spark that could set region on fire"

"Every day of delays could create conditions in which one spark could set the region on fire," President Aleksandar Vucic has told Reuters in an interview. 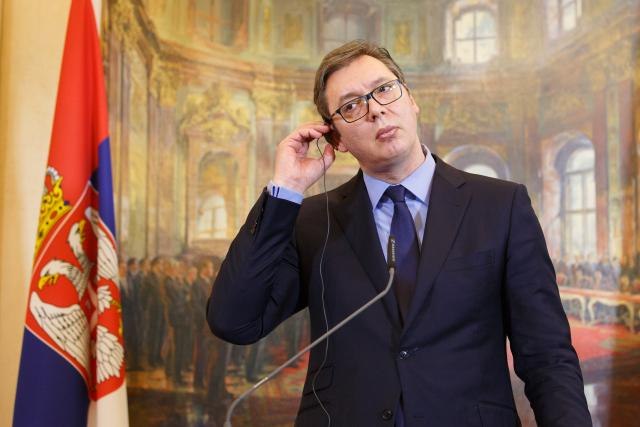 The Western countries, that pamper Pristina, should know that, the agency quoted him as adding.

Vucic also said that Serbia "has many red lines" - but that he did not wish to mention them, in order not to "destroy a chance for talks." In addition, he thinks that "some German-French initiative" will soon follow.

"I don't want to talk about red lines, because talks are made impossible after that. We have many and we are not even close to any kind of an agreement (with Pristina). At this time, there is nothing," he explained.

Vucic emphasized that he would not undermine the chance for talks, "because talks keep the Serbs alive."

He further expressed confidence that "a German-French, that is, European engagement in the coming period will be clearer and more obviously visible and presented in the Balkans."

"I think Chancellor Angela Merkel knows very well what kind of hazards there are and wants to preserve peace in Europe. I think that we will see some of their incentives in the very near future," Vucic emphasized.

He recalled that Serbia's European future depends on the talks with Pristina "and whether we will be able to reach an agreement one day."

"Otherwise no one will ever let us into Europe (EU). People in Serbia need to know that. We need to be fair and we do not deceive people," he said.

When it comes to opposition protests in Serbia, he said that people have the right to protest, to their dissatisfaction for various reasons, although he thinks that all essential things are incomparably better than they had been.

"But people want quicker, stronger progress, and sometimes you can't do it because you have many problems you are facing, and of course there are mistakes, because it is an integral part of life," the president explained.

He pointed out that he cannot accept "the thesis" which appears in Serbian newspapers, that "some service, British, Russian or other" is to blame.

"I think that three or four irresponsible politicians, tycoons are responsible for the violence we have seen. And who, what and how additionally supports or not, I'm not interested in at all," Vucic said.