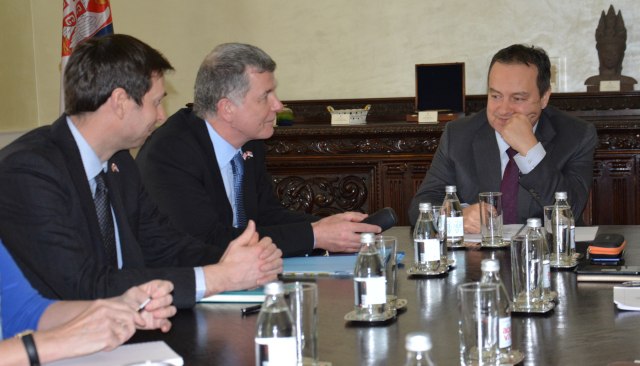 According to the Serbian government, they "expressed readiness for deepening the overall bilateral relations of the two countries, which includes a more intensive exchange of high-level visits."

Dacic "reiterated Serbia's readiness to continue dialogue with Pristina in order to find a compromise, as well as a lasting and sustainable solution, after the abolition of unacceptable taxes."

"Moore, as in yesterday's (Wednesday) visit to Pristina, pledged to abolish the taxes and return the two sides to the dialogue," the Serbian government announced, adding that during the talks, the importance of regional stability was emphasized, which is an important aspect of stability throughout Europe.

Also in Belgrade on Thursday, Moore was received by President Aleksandar Vucic.