"Cases of Kosovo and Catalonia are not comparable"

Spain's Foreign Minister Josep Borrell said on Wednesday in Belgrade that the cases of Kosovo and Catalonia are not comparable. 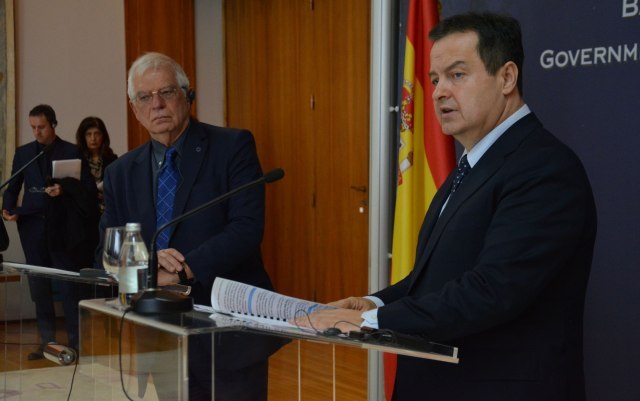 These two situations, he said, have nothing to do with one another.

"Such comparisons fall on deaf ears. They have no weight, although advocates of Catalonia's independence like them," Borrell said in response to questions at a joint press conference with Serbian Foreign Minister Ivica Dacic.

Dacic said that being guided by unilateral acts is something all cases of separatism have in common.

"They do not want dialogue, and that is why it is unacceptable," Dacic said.

He added that representatives of Catalan separatists have opened their office in Zagreb, Croatia - but "have no business being here in Belgrade and Serbia."

Borrell said he had invited Dacic to open an honorary or general consulate in Barcelona. "It is good to have institutions that help bilateral relations," the Spanish official said.