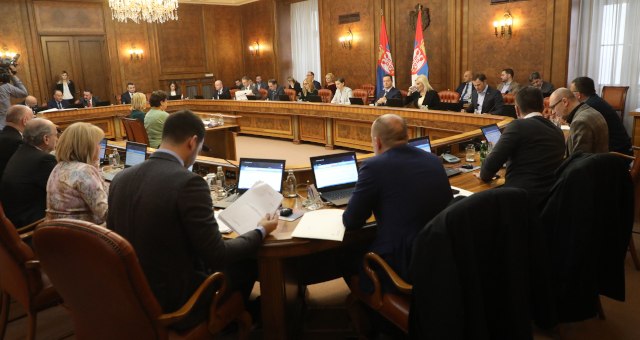 The Serbian government meets in Belgrade on Wednesday (Tanjug)

This was based on a notification sent by the government of that country to all members of the United Nations on the change of the name.

"Given that the Republic of Serbia has good and developed relations with this neighboring country, and that the change of the name has been carried out in a legally valid manner, the Serbian government has taken notice of the change of the name and will use the name the Republic of North Macedonia or abbreviated name North Macedonia in future communication," a press release posted on the government's website said.