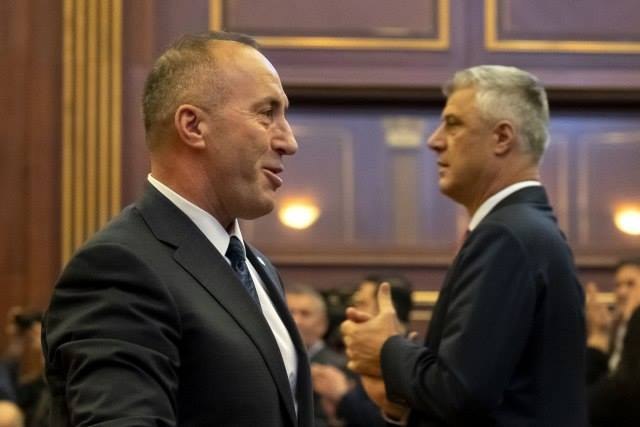 Thaci said this after a meeting with officials of the US National Security Council John Erratt and Brad Berkley, Beta agency is reporting.

According to a statement issued after the meeting, Erratt and Berkley "reiterated the clear stance of the US administration that import fees on goods from Serbia had to be suspended, so that the dialogue could resume, together with efforts for reaching a comprehensive agreement between Kosovo and Serbia."

The meeting was also attended by Ramush Haradinaj, who, according to Pristina's Gazeta Express, left the meeting "earlier."

Another Kosovo-based media outlet, Koha Ditore, said that even after the meeting with the two US officials, Haradinaj "maintained his stance that there would be neither revoking nor suspending" of taxes on goods from central Serbia, raised by 100 percent last November - which is Belgrade's condition to continue the EU-mediated dialogue.