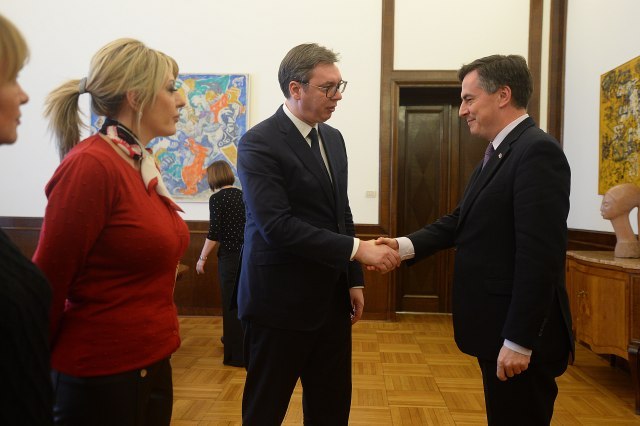 As specified, Vucic discussed with them the European path of Serbia, the reform agenda and the situation in the region.

Reports earlier said that McCalister "did not disclose with what message he came to Belgrade."

"The topic of the conversation was also the problem in the dialogue between Belgrade and Pristina, with Vucic and McAllister agreeing that it is necessary to reestablish a positive environment in order to create conditions for the continuation of the dialogue," it was stated on Wednesday.

As emphasized, Vucic "stressed that he expects the international community not to be silent before the fact that the Albanians did not implement a point from the Brussels agreement, and that they introduced anti-civilization taxes on goods from Serbia," reiterating Serbia's position that, once it this has been fulfilled, "conditions will be created for the continuation of the dialogue."