Thaci announces: I will resign

Kosovo President Hashim Thaci says he would resign or call a referendum if the Assembly did not approve an agreement with Belgrade. 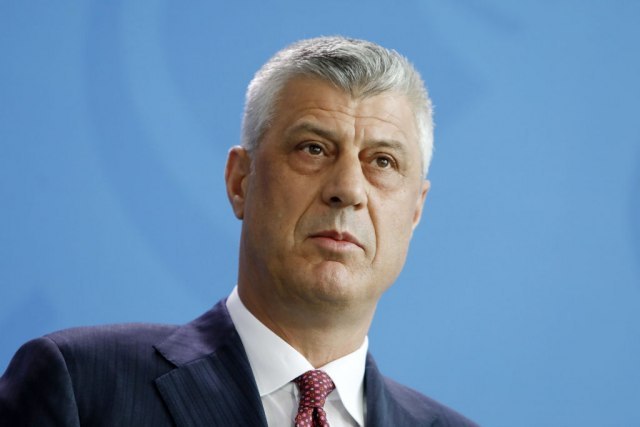 According to this agreement, Kosovo would be given three municipalities of central Serbia - Bujanovac, Presevo and Medvedja.

Thaci told Pristina's Report TV that he would resign if an agreement with Belgrade foresaw the merger of these three municipalities with Kosovo, but the parliament did not accept such an agreement.

He reiterated that Pristina cannot, because of hostility with Belgrade, endanger the strategic alliance with the United States, and said that the taxes on goods from central Serbia should be abolished.