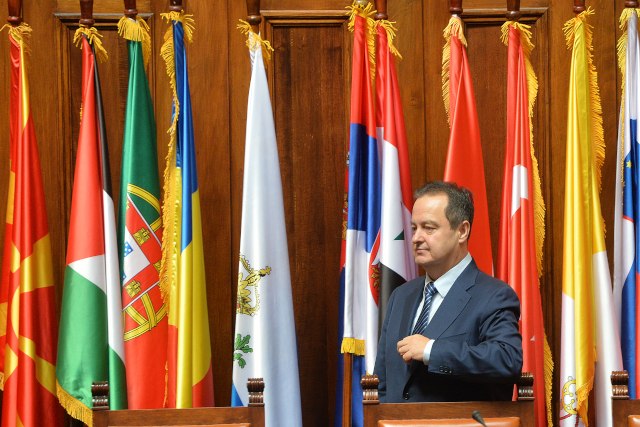 This is evidenced by the continuous strengthening of our bilateral relations with a number of countries in the region, he remarked, according to the Serbian government.

At the opening of the 13th plenary session of the Parliamentary Assembly of the Mediterranean, Dacic warned that the threats to peace and stability in the region are becoming more and more frequent, more intensified, more interconnected and mutually conditioned, and the number of crisis hot spots has increased.

For this reason, he underlined, we are monitoring with particular concern the situation in Africa and the Middle East, which have far-reaching consequences for the future of countries affected by conflicts, but whose effects are reflected in other regions too.

One of the current examples of interconnectedness is certainly the issue of migration, which is getting more and more massive due to tragic conflicts and difficult living conditions of people, which is a topic of particular importance for the region of the Mediterranean, Dacic added.

According to the first deputy prime minister, after closing the so-called Balkan migrant route, there are currently around 4,500 refugees and migrants in Serbia, for whom we are continually making maximum efforts to provide accommodation, food, footwear, clothing, health care, psycho-social assistance and education for all children of school age.

The Republic of Serbia, he added, is firmly committed to responding to other contemporary security challenges, including the fight against terrorism and all forms of extremism and radicalism.

Regarding our region, the preservation of stability in Southeast Europe and the orientation of all countries towards more intensive cooperation in all areas is of key interest for the Republic of Serbia, because only in such a region can Serbia achieve sustainable development. An important incentive is the existence of a common vision - the integration of all Western Balkan countries in the EU, Dacic underlined.