Burundi will not change its stance on Kosovo 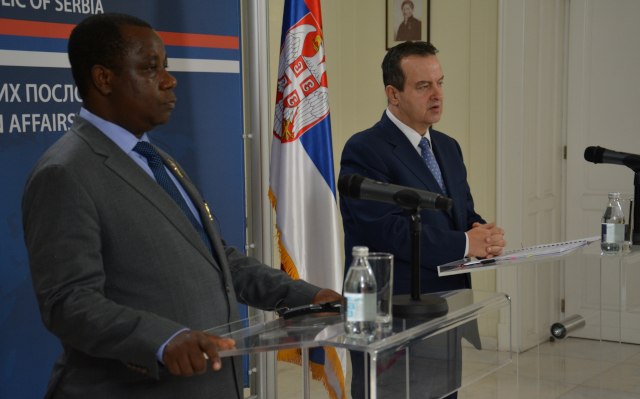 First Deputy Prime Minister and Minister of Foreign Affairs Ivica Dacic assessed on Friday that Burundi, with its decision last year's to withdraw recognition of Kosovo, has contributed to a change in the balance of powers in the international arena and the position of Serbia in the negotiation process, the Serbian government announced.

Speaking at a joint press conference with Minister of Foreign Affairs of the Republic of Burundi Ezechiel Nibigira, Dacic said that Burundi's decision to withdraw the recognition of Kosovo was very significant because 13 countries followed its example.

Nibigira said that Burundi is generally opposed to secession and therefore made a decision to withdraw recognition of Kosovo's independence, pointing out that his country withdrew publicly, not secretly, the recognition of Kosovo, and that the whole world was informed about it.

Dacic and Nibigira signed today the first, general agreement on cooperation between Serbia and Burundi.

The First Deputy Prime Minister noted that there are many areas in which cooperation could be developed - culture, education, defense, security, the fight against terrorism, as well as the economy, where there is no cooperation at the moment.