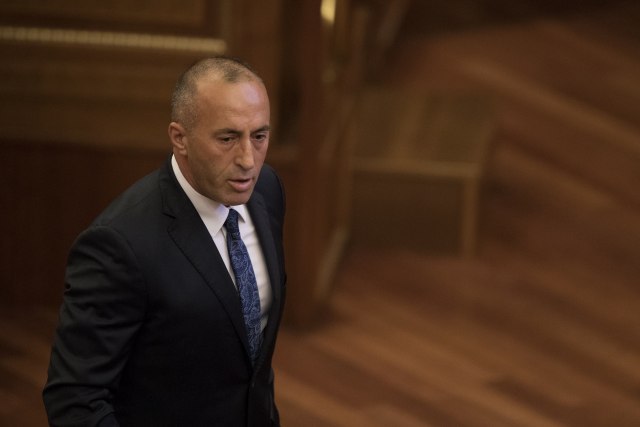 Dacic spoke about delimitation "between Kosovo and Serbia on ethnic basis."

Haradinaj stressed that "such a thing has not been realized anywhere, ever."

"The position of Dacic is not new, he has once again affirmed that the official position of Serbia is ethnic partition, but that is what caused the tragedies in the Balkans before. The will of the leaders to create states and involve all the same countries into one state, that is, a one-nation state, that has caused a tragedy in the past, what we saw in the Balkans," he said after a session of his government.

“Mogherini has led a half-secret dialogue. It would be good if she shed light on that dialogue. The dialogue should contniue," he said, according to Pristina-based Koha Ditore.

He repeated that taxes on products from Serbia and Bosnia-Herzegovina will not be lifted despite requests from the US and the EU "until the two countries reach agreement on mutual recognition."

"If at this stage we begin making steps back, many more such steps will be required of us. This is not only about the tax,” Haradinaj said, and added that wanting Serbia to recognize Kosovo was "a kind of asking for an apology for crimes it committed in Kosovo."