Opposition Alliance for Serbia parties and some independent members of the National Assembly (deputies) have announced "an active boycott" of this institution. 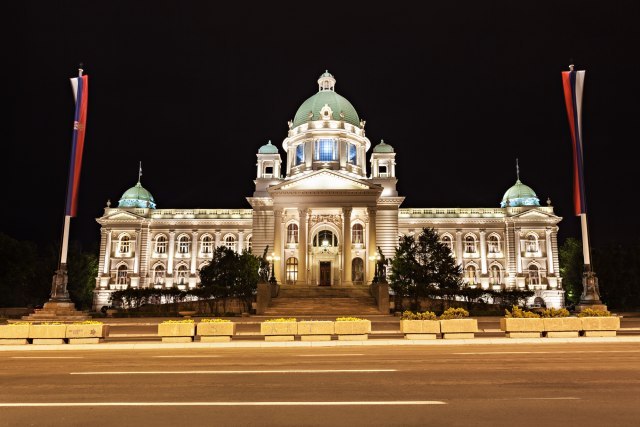 They said that starting on Monday, they would be present in the parliament building and hold press conferences but would not participate in the plenum debate.

At the first such press conference - and they announced new ones, "every half an hour" - these deputies unfurled a banner reading "One of Five Million Five" (a slogan used in weekly protests) and called on Minister of Education Mladen Sarcevic to resign, because he, as they said, insulted and humiliated professors.

People's Party Vice President Miroslav Aleksic, however, urged "everyone from the authorities" to resign, because, according to him, they violate the laws and the Constitution.

Bosko Obradovic (of the Dveri Movement) explained that the boycott of the parliament meant implementing a recently published document, dubbed, "An agreement with the people."

"In Serbia, nothing works, from the Constitutional Court to other institutions. We will hold press conferences every half hour and this will be the continuation of the open parliament from December," Obradovic said, recalling the event when the opposition stayed all night in the Assembly building.