The Kosovo prime minister on Friday reiterated that taxes on products from Serbia and Bosnia-Herzegovina (increased by 100 percent) will not be abolished. 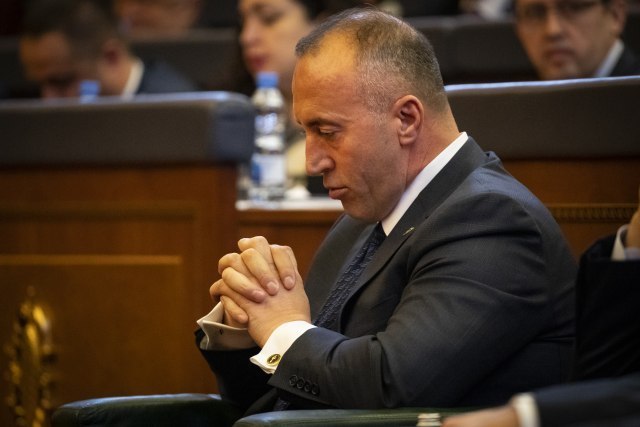 And Ramush Haradinaj added that this measure was "not directed against the US, but against Serbia and Russia."

The US favors revoking these taxes, and this was the topic of a meeting in Pristina on Thursday between Kosovo officials and the US ambassador. According to Pristina media, the US diplomat left the meeting angry because Haradinaj refused to withdraw the taxes.

Haradinaj reiterated his position today at the marking of the anniversary of the death of Skanderbeg in Klina, Pristina-based Koha is reporting on Friday.

He said that the decision was made "against Russia and Serbia because they intensively worked against the recognition of Kosovo's independence and on blocking Pristina's membership in Interpol."

"Serbia and Russia worked intensively on withdrawals of our recognitions, with money and what not. And they did everything to prevent us from joining Interpol. We did not derail the dialogue, and Hashim Thaci went to a meeting on the next day. How can (President Aleksandr) Vucic say that he will not sit at the table if taxes are not removed? There are no conditions for the dialogue, the dialogue can continue, but without conditions. The taxes will remain until recognition, remember that," Haradinaj said.

He added that he would not allow Kosovo to give "a part in its territory" or for "the Serb Republic" to be formed - because this would mean "bringing Russia inside Kosovo." "We can only give them a market," he said.

Commenting on statements that Kosovo's failure to revoke the trade barriers is worsening Pristina's relations with the United States, Haradinaj said that everyone who said this was "wrong" - because the taxes were not introduced against the United States, but against Serbia.

As for the possibility of partitioning Kosovo as a result of a comprehensive legally binding agreement on the normalization of relations with Serbia, Haradinaj said there would be "no land swaps" and that Kosovo "will not give any part of its territory because Albanians have given too much territory."