Retired French Colonel Jacques Hogard, who in 1999 protected Serbs in Kosovo after the withdrawal of the Yugoslav Army, met in Belgrade with Milos Jovanovic. 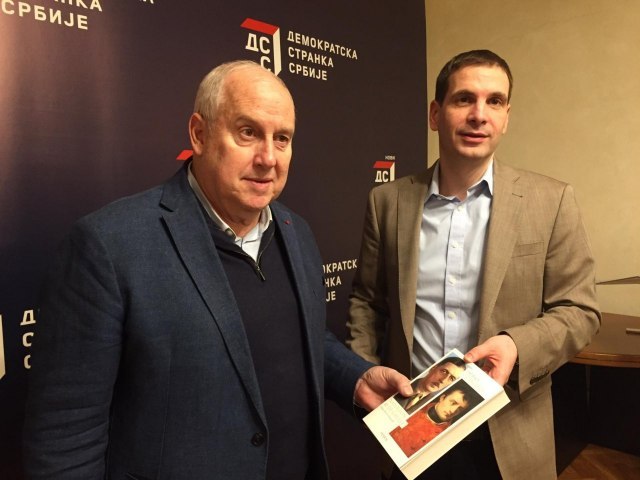 According to a press release, Hogard and Jovanovic, who heads the opposition DSS party, discussed the situation in Kosovo, as well as the political situation in France and in the European Union.

It is added that Hogard and Jovanovic agreed that the situation in Kosovo is complicated, but that Serbia should in no case and under any circumstances hand over Kosovo and renounce its territorial integrity.

They also assessed that the European Union is politically a dead project and that the time has come for nations in the EU to be awoken, while they believe that this will be confirmed in the spring in the European Parliament elections.

Hogard was the commander of French special forces who in 1999 acted to save the Serbian Orthodox monastery of Devic in Kosovo and the nuns there, when Albanian extremists attempted to attack this holy place.

For this, he was awarded the Order of St. Sava, an accolade given by the Serbian Orthodox Church.

Hogard also published a book entitled, "Europe Died in Pristina," where he condemns the western policy during the war in Kosovo and Metohija.