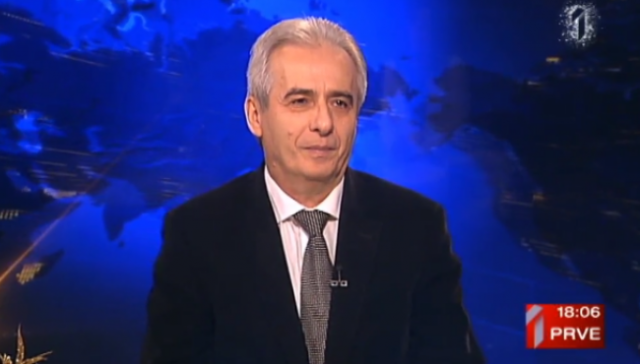 Drecun also pointed out that this will be done "in one form or the other" and that this is being done in order to create a counterpoint to Serbia - a territory that could, with its size, resources and population be able to compete with Serbia.

"This is a realistic geopolitical assessment, which is also in the interests of Western countries. It is clear that they do not oppose the creation of Greater Albania," this parliamentarian from the ranks of the ruling SNS told Pink TV, adding that "we must not be so blind not see that we will have Greater Albania in the 21st century."

This fact, he said, we must accept to avoid going into "irrational political behavior."

According to him, "everything Albania is doing is being done in order to take away our territory" - while the creation of Greater Albania, he noted, is "a non-civilizational, disruptive and destabilizing act."

Drecun assessed that the letter of US President Donald Tramp was the key event last year that "opened up the space for talks on Kosovo and Metohija" which is expected this year.

According to Drecun, Pristina will have to abolish taxes on Serbian goods, because, he said, it is a great challenge for the Albanians to block Trump's initiative, as well as Russia's position that the Kosovo problem should be resolved.

"It is clear that Serbia will not allow for Kosovo to be decided about unilaterally," Drecun said, speaking about the visit of Russian President Vladimir Putin, adding that this year three great powers, Washington, Moscow, and Beijing, will have the main role when it comes to the Kosovo issue.

Drecun also said that "we must be aware of the extent to which Russia has the capacity to deal with the Kosovo problem."

"We need Russia to strengthen us with the Americans, because when Russia puts its weight behind us, the Americans know that no solution can pass without its consent," Drecun said.