Do we need this kind of EU, asks Serbian minister

Defense Minister Aleksandar Vulin says that he has repeatedly suggested to President Aleksandar Vucic that Serbia should "redefine" its policy towards the EU. 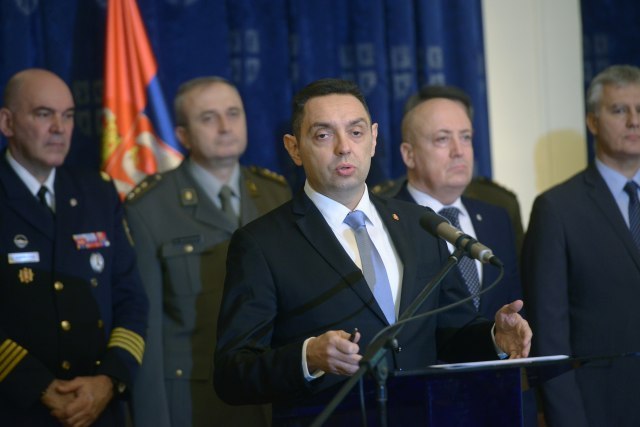 According to Vulin, Serbia should do that because of "the double standards" that the EU applies to Serbia, and because the organization is not reacting to "the creation of Greater Albania."

The minister also said that he did not receive Vucic's support for this.

If, he continued, the EU is unwilling to "stop the creation of Greate Albania, we need to change our position towards it." When Pristina introduce taxes of 100 percent, the EU says that Albanians will reduce them a little to continue the dialogue with Belgrade, and "puts us into the same basket."

Vulin said that because of such attitude, he has repeatedly suggested to Vucic that Serbia should change its policy towards the EU, and that so far he did not have Vucic's support - "but it's up to me to ask."

He also said that the creation of Greater Albania is an evil that leads to conflict, not only with the Serbs but also with others in the Balkans.

"And the EU is silent, I urge it to speak," Vulin said, adding that Vucic is the only leader in the Balkans who sincerely stands for regional stability.