Serbian Foreign Minister Ivica Dacic has spoken with his US counterpart Mike Pompeo during the inauguration of Brazil's new president, Jair Bolsonaro. 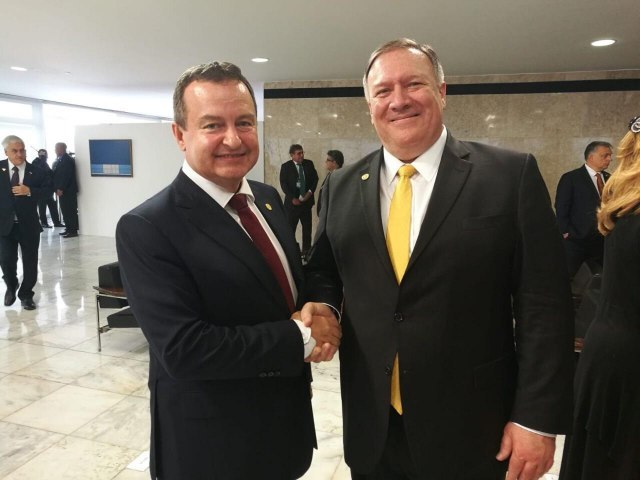 The Serbian Foreign Ministry (MFA) announced this on Wednesday, adding that during their brief conversation, Dacic informed Pompeo about the current state of the Belgrade-Pristina dialogue.

Dacic also invited the US official to visit Serbia.

While in Brasilia, the Serbian foreign minister, who also serves as first deputy PM, met with Brazil's new Foreign Minister Ernesto Araujo, informing him as well about Serbia's position regarding Kosovo and Metohija and the current phase of the dialogue.