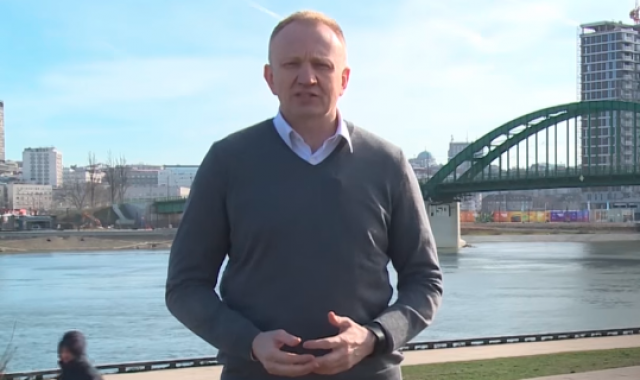 "Citizens took to the streets when violence toward those who think differently spilled from TV screens and the tabloids into their lives," Djilas, one of the leaders of the (opposition) Alliance for Serbia told the daily Danas, and added:

"Everyone can be their target. And when all institutions are hostages to one man, when nobody can protect you, when your voice cannot to be heard, citizens have no choice but to take it to the streets."

He said that the protests in Belgrade are citizens' protest - "but all opposition parties support them both verbally and logistically."

"Today we are in the situation of literally fighting for the air, for the right to breathe. They have taken everything else from us. I sincerely believe that politics in the classical sense of this word should not be in the foreground," Djilas said.

Djilas said the Serbian president is "the greatest liar who walked Serbia" and that Vucic's "lies threaten his safety and the safety of his children."

Asked if the goal of the protests is for the leaders of the Alliance to Serbia to come to power, he said that "promised publicly they would not be in the first government in the post-Vucic era."

"It will be a government composed of experts who will call fair and democratic elections a year later and let citizens say what kind of policy they want," Djilas said.